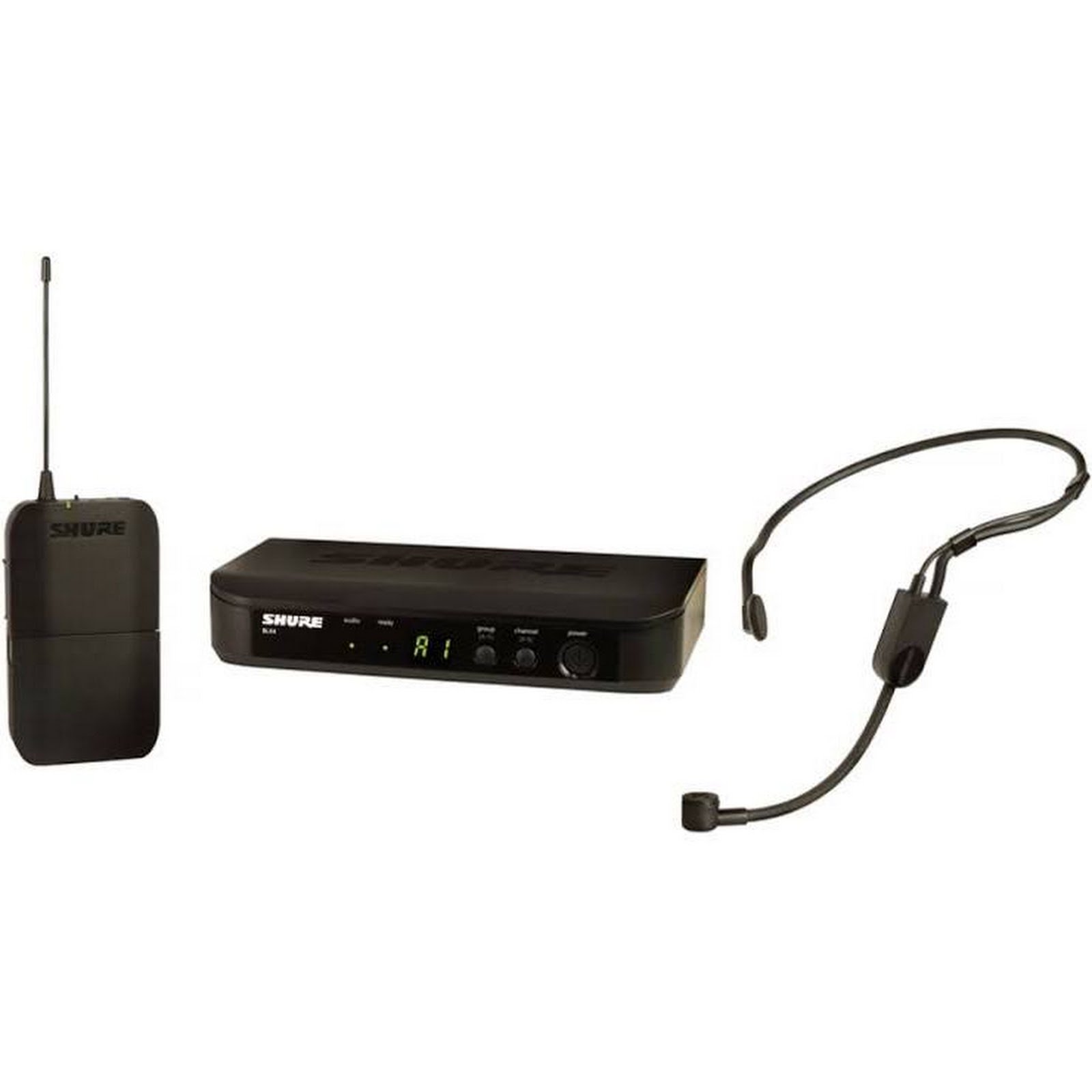 The BLX14/P31 Headset Wireless Microphone System from Shure includes a BLX4 single-channel wireless receiver, a BLX1 bodypack transmitter, and a PGA31 headset mic.
The BLX1 bodypack transmitter has a 300' line of sight operation range with the BLX4 receiver. It is powered by two included AA batteries that can provide up to 14 hours of operation. The BLX4 receiver features microprocessor-controlled internal antenna diversity that helps prevent interference and signal dropouts. Its one-touch QuickScan feature detects the most interference-free frequency and sets the channel to it for fast setup.